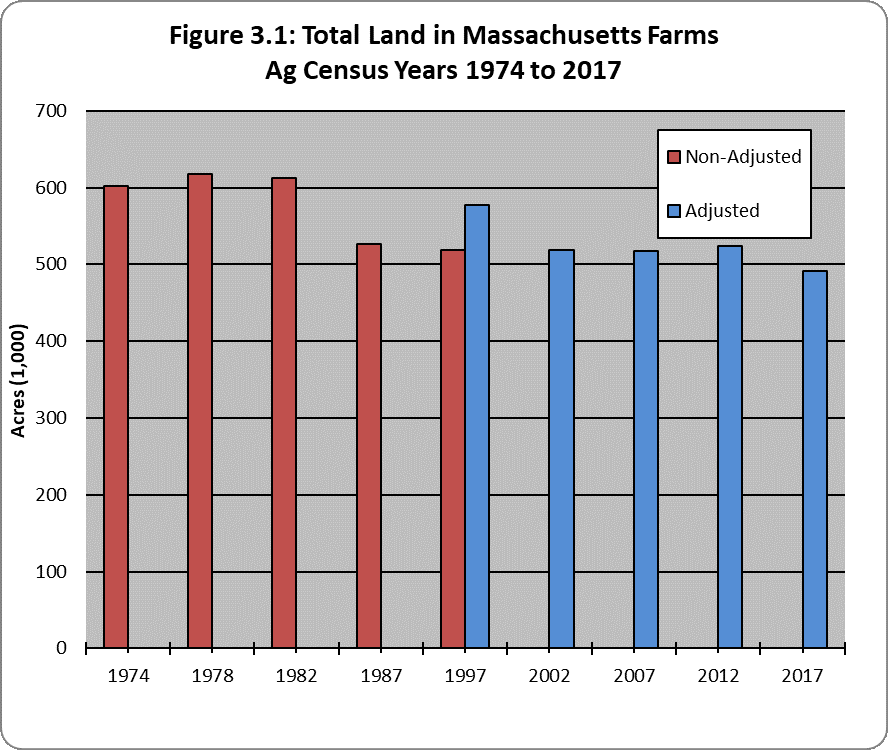 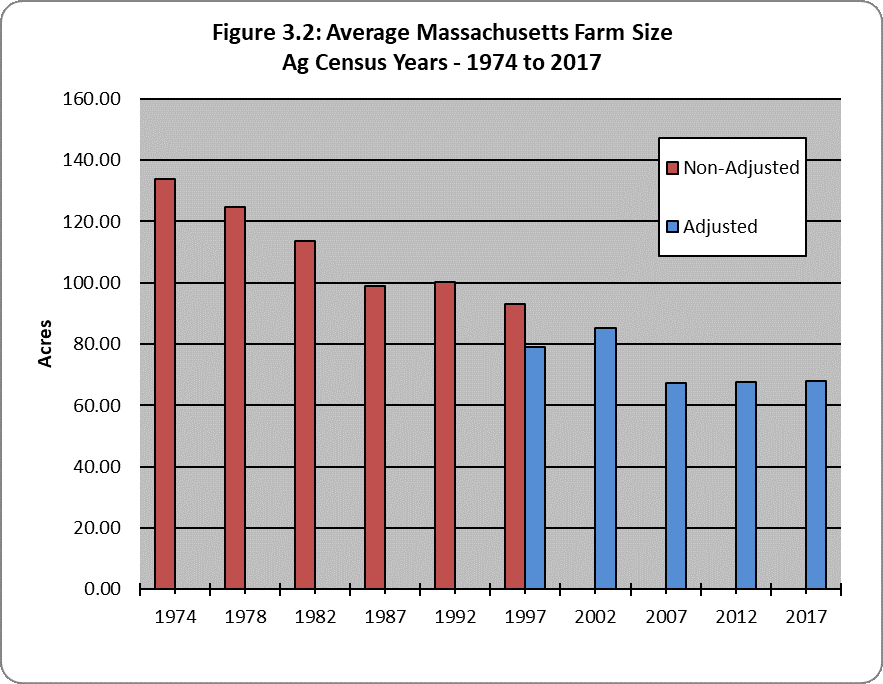 In terms of farm numbers, the 2017 top three types of farming in Massachusetts are: hay farming; vegetable and melon farming, and horses and other equine production; However, which types of farming hold the greatest amounts of farmland? Open farmland is an important feature of the Massachusetts landscape. Hay farming is the most common type of farming, and it holds the greatest amount of farmland with 104,304 acres, about 21 percent of the Commonwealth's farmland. Hay farms tend to be large by Massachusetts standards, with an average of about 104 acres per farm compared to the 2017 average Massachusetts farm, which is 68 acres in size. Fruit, tree nut and berry farms check in at number two, accounting for just over 79,697 acres of Massachusetts' farmland, 16.2 percent of the Commonwealth's total. Fruit and tree nut farms also tend to be relatively large by Massachusetts standards, there are about 94 acres per farm on average. When combined, these two types of farming represent about 37 percent of the state's farmland.