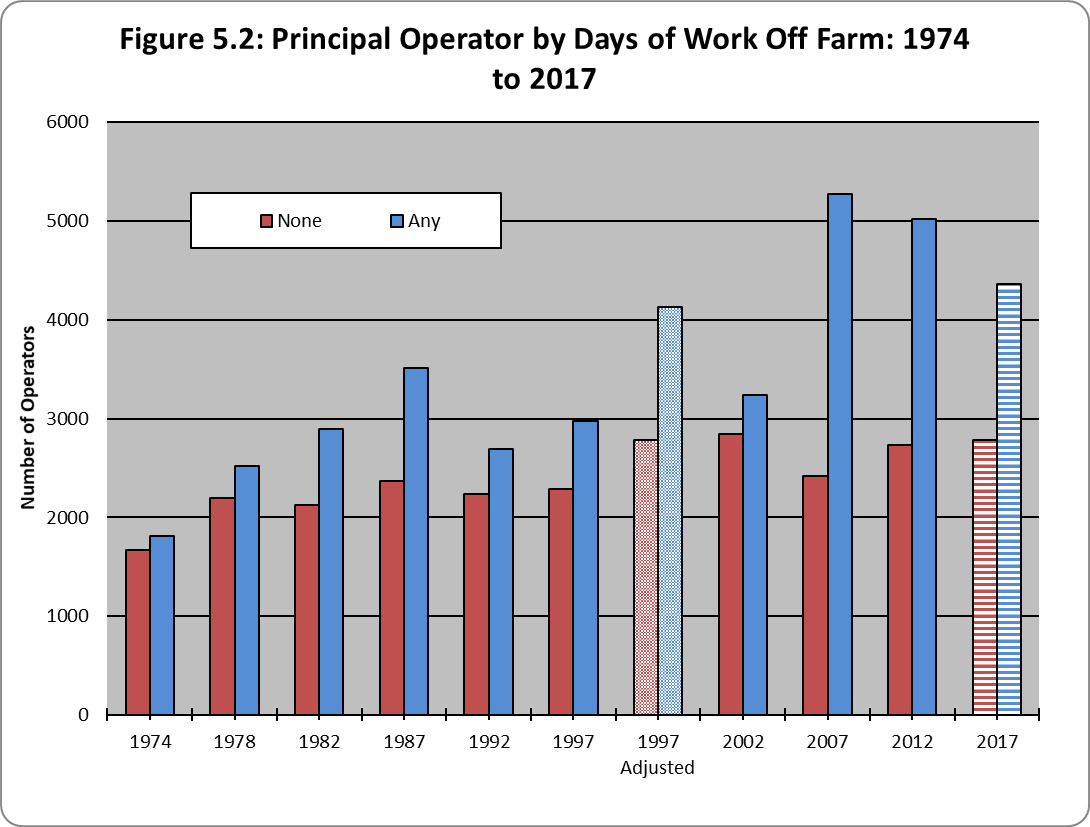 Figure 5.3 shows the distribution of part-time farmers by the number of days they worked off the farm, “Less than 200 Days” and “200 Days or More.” On average in 2017, about 60 percent of the principal operators/ producers who worked off-farm worked 200 days or more off the farm.  This proportion has been erlatively stable over time, with a previous low of 61.2 percent (2012) and a high of 66.8 percent (2002). Trends in farm operator off-farm work reflect the strength of the economy, and off-farm opportunities. As economic conditions decline, off-farm opportunities for farm operators also decline. Unemployment in Massachusetts exceeded 8 percent in 1992, but was back down around 4 percent in 1997. In 2002, unemployment climbed a bit above 5 percent, and was back to around 4.5 percent in 2007. Farm operators balanced employment opportunities off the farm with returns from working on the farm, essentially managing a portfolio of labor options. Again, future census years will allow a more nuanced interpretation of the decrease in operators'/ producers' days worked off-farm. 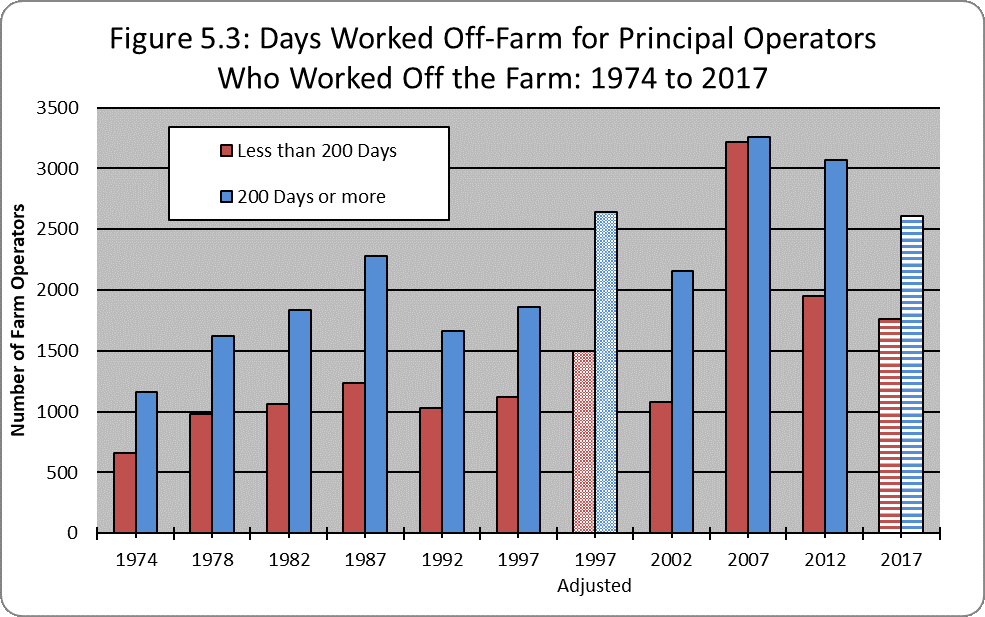