Farms by Type of Business

As Figure 7.1 shows, a great majority of Massachusetts farms over the years have been family or individually owned. Individual or family-owned farms make up the majority of farms and operate the greatest amount of farmland. The numbers of farms that are partnerships, corporations, or Cooperatives, Estates or Trusts has remained fairly consistent over the last four decades; most of the fluctation in overall farm numbers is attributable to family farms. Since 2007, the number of family farms has decreased by 8.6 percent. 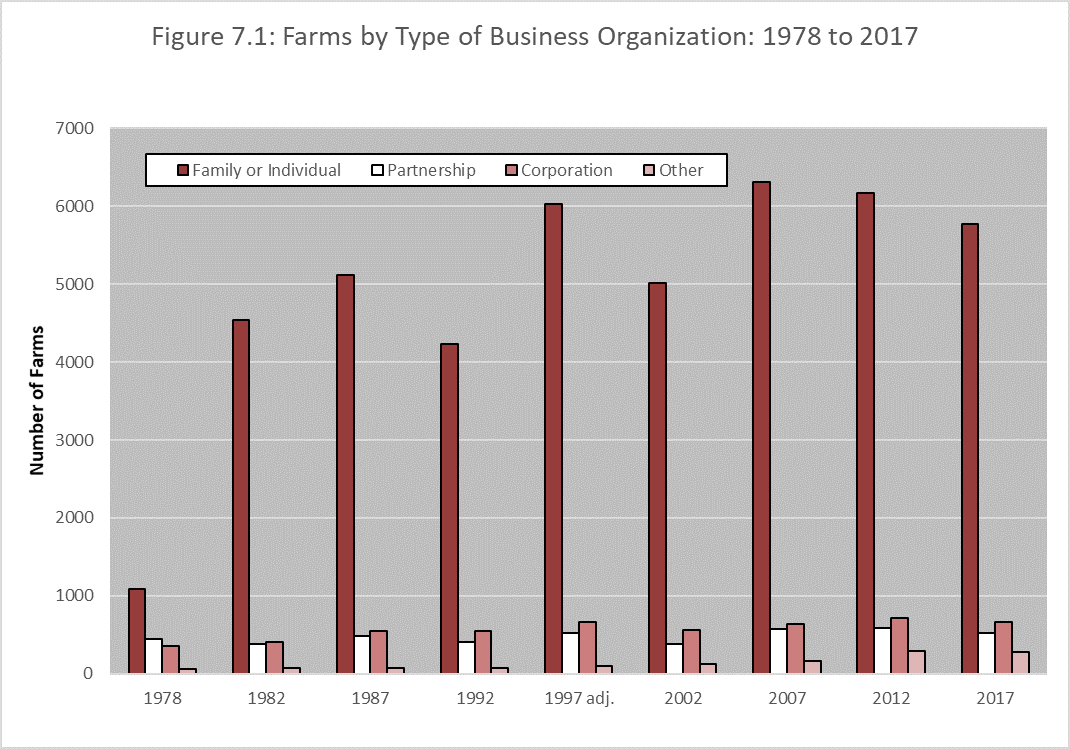