In 2017, the census began to report up to four primary producers, with one designated as the "primary" producer. The 2017 numbers show a decrease in the number of male producers and a slight increase in the number of female producers from 2012, but it is not possible to disentangle to what degree this represents a significant shift in gender, or simlpy reflects the change in methodology. Future censuses will provide insights to help clarify these data. 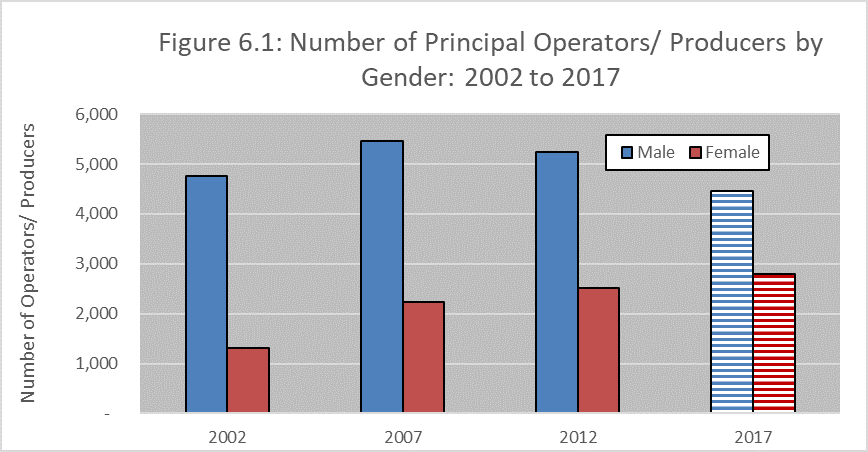