As represented in Tables 4.1, 4.2 and 4.3, in 2017 Plymouth County accounted for most of the Commonwealth's agricultural production in terms of market value, 15.2 percent. Franklin County increased its share of market value, ranking second with 14.5 percent of agricultural production. Middlesex and Worcester counties captured 13.3 percent and 13.7 percent, respectively. 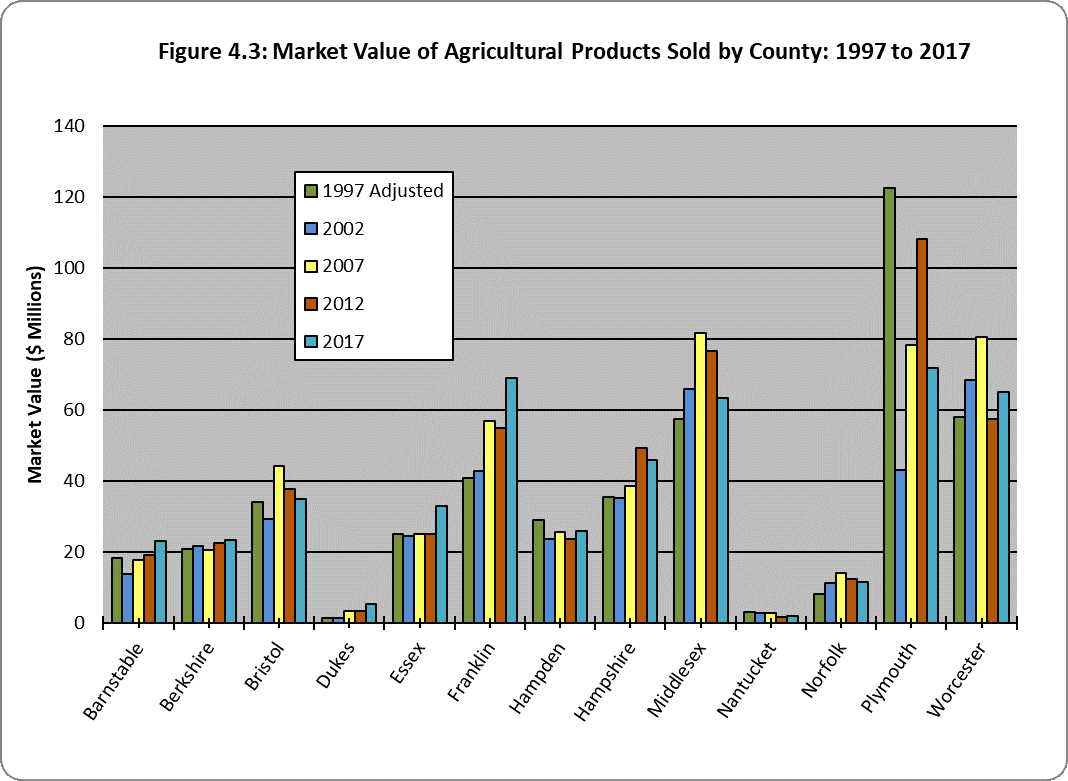