In general, throughout the 1970s and 1980s, farm numbers in Massachusetts increased as measured by the Census of Agriculture. Under the old methods of counting farms, Massachusetts’s farm numbers peaked in the late 80s, declined in 1992, then rebounded slightly in 1997. 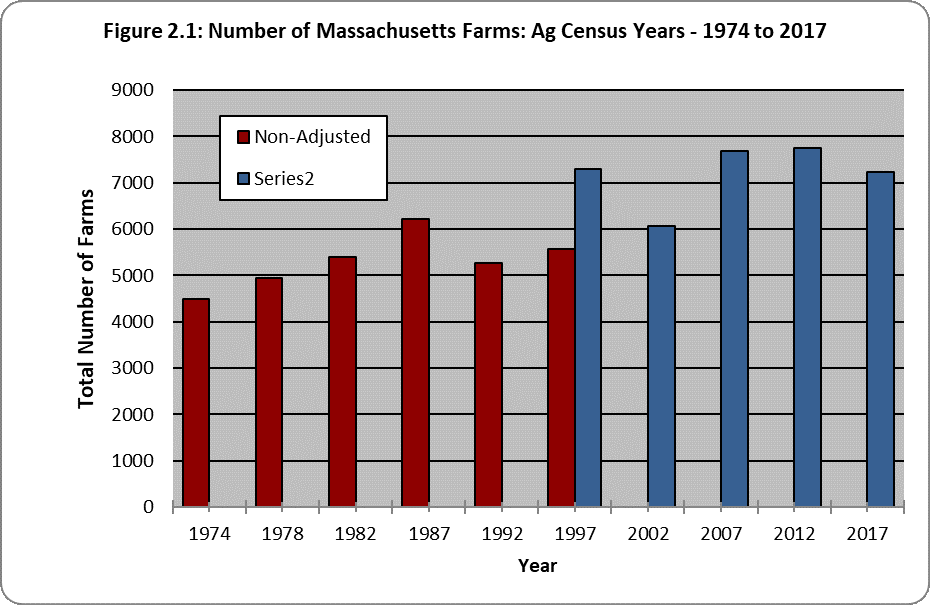