In 2017, the Agricultural Census updated questions about farmers' marketing practices. In past census years, farmers reported marketing practices, including whether and how much they sold directly for human consumption, such as through farm stands, farmers markets, and Community Supported Agriculture. In 2017, the Census questions changed slightly. Farmers were asked how much they received for food produced and sold directly to: 1) Consumers; and 2) Wholesale markets for locally or regionally branded products.

While the change in census question wording makes it difficult to compare 2017 results with results from 2012 and earlier, we can review trends in Massachusetts' total value of agricultural products sold directly to consumers. 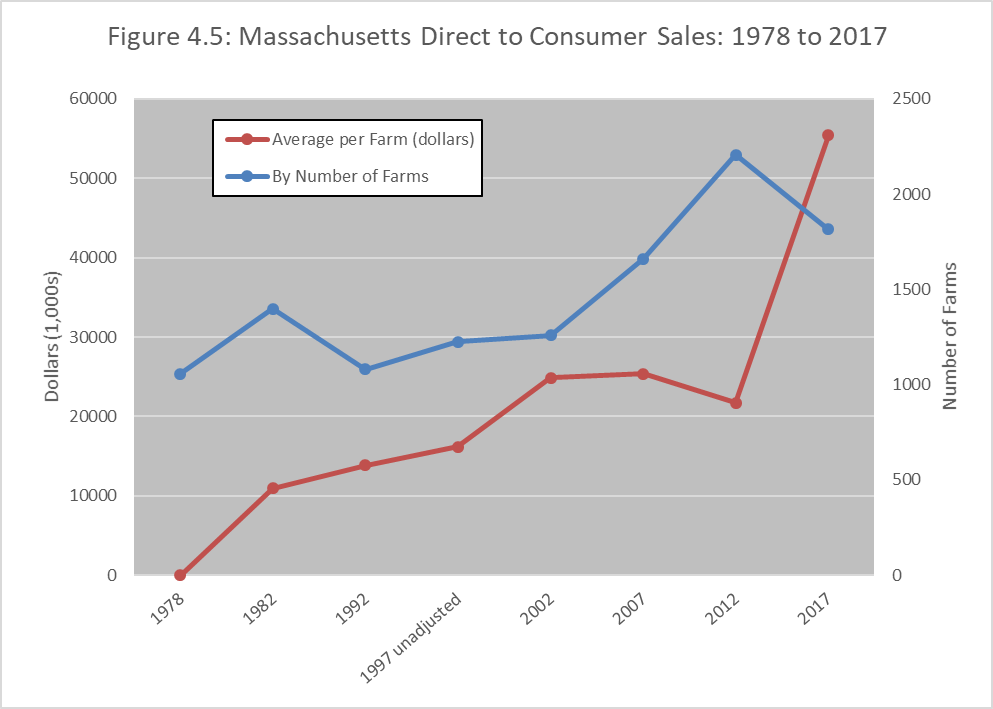 Figure 4.6 below shows direct and locally or regionally branded wholesale product sales per farm in 2017 for the top twelve states in the country. In 2017, Massachusetts ranked third in the country for direct to consumer sales per farm, with $55,384 sold per farm, behind California ($102,588 per farm) and Delaware ($79,375 per farm). Massachusetts ranked eighth in the country for wholesale sales of locally and regionally branded products ($100,862 per farm), well behind Arizon ($1.23 million per farm) and California ($$1.0 million per farm). 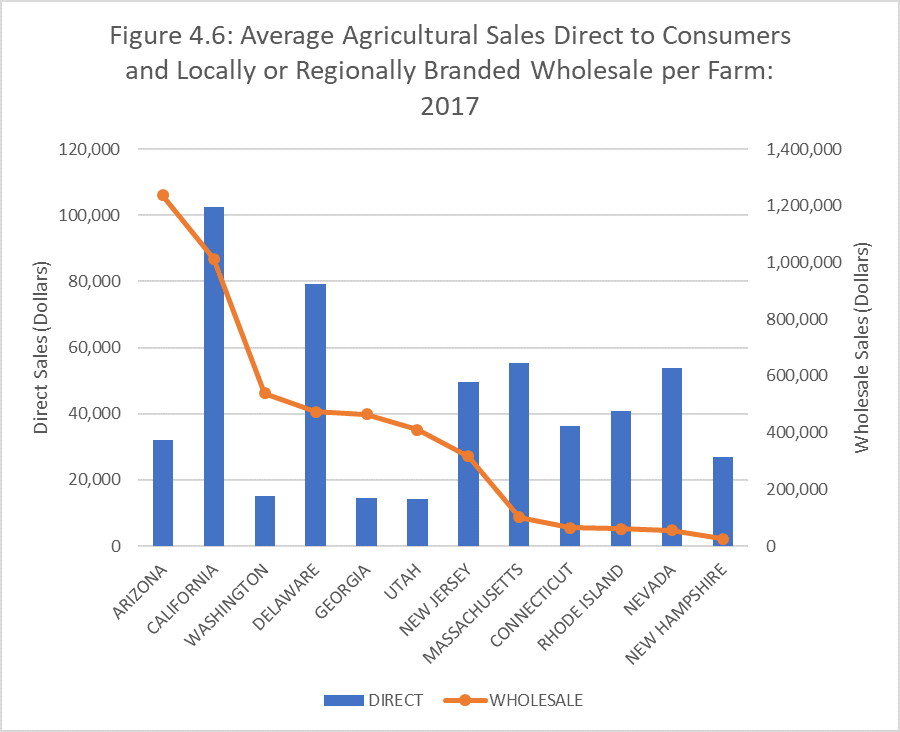