The Massachusetts farm population has been predominantly white.  In 2002, 98.7 percent of the principal farm operators were white. That percentage changed little over the past decade, dropping slightly to 96.7 percent in 2017. 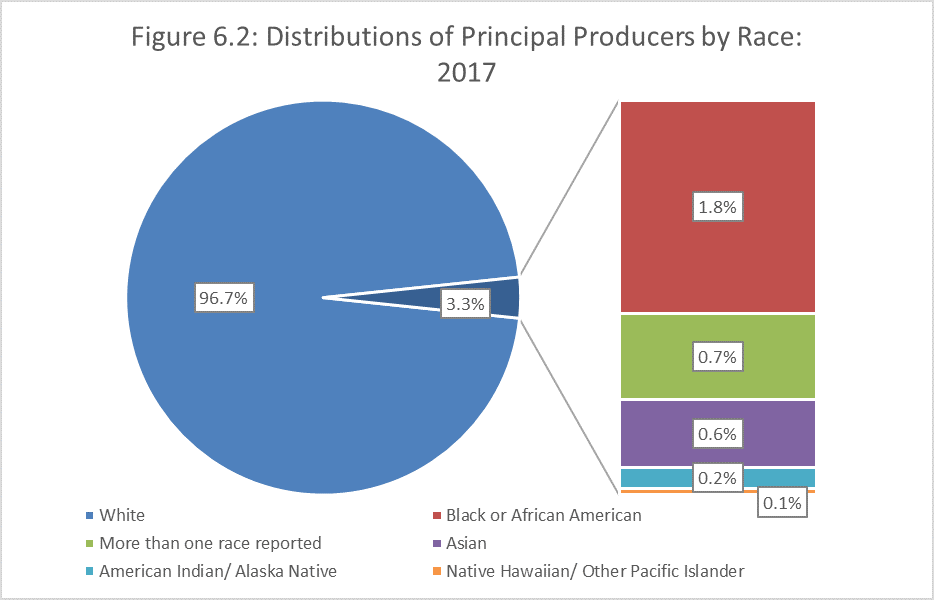