The 2017 Census provides data on farm implementation of renewable energy systems, defined as systems that produce power, heat, or mechanical energy by converting resources either to electricity or to motor power. In 2012, 465 farms had an on-farm renewable energy producing system, about 6 percent of all farms. In 2017 this grew to 1,435 farms out of 7,241 or 19.8 percent of all farms. Of these systems, most were solar panels. Figure 10.1 shows that farms with solar panels grew from 5.1 percent in 2012 to 18.4 percent in 2017. 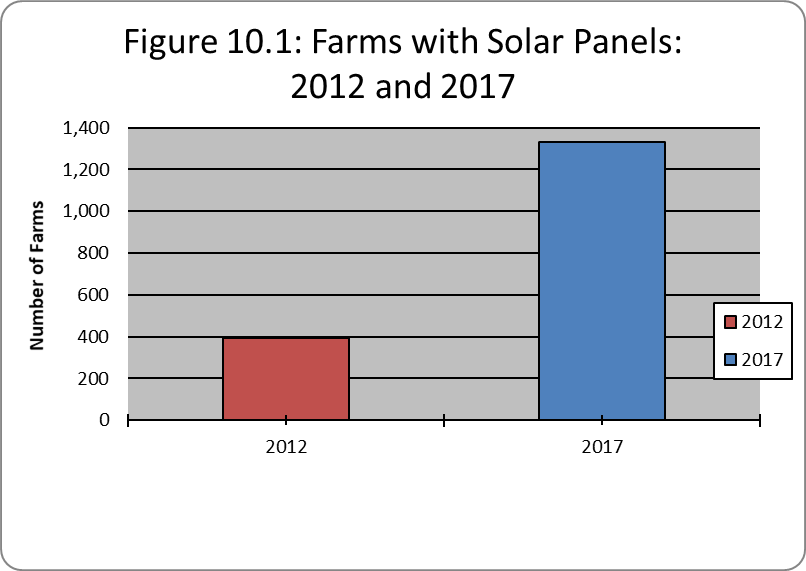 In addition to the growth in on farm solar panel usage, other types of renewable energy producing systems increased between 2012 and 2017. Figure 10.2 shows that farms added Methane Digesters, Geothermal/ Geoexchange systems, ethanol and increased wind rights leased to others. On farm wind turbine energy producing systems declined over this period, as did biodiesel production. 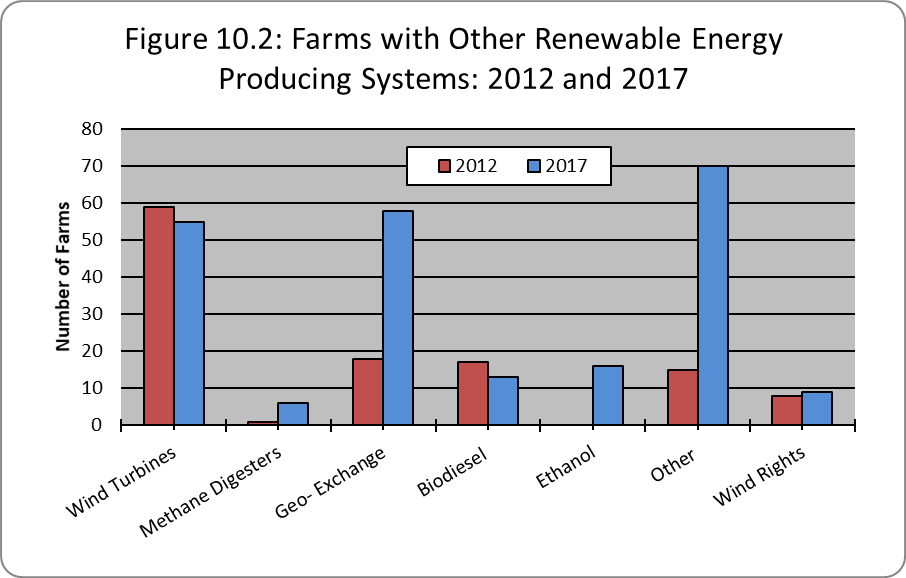